The Long Days are Coming

Posted on December 21, 2019 by midlifegardener 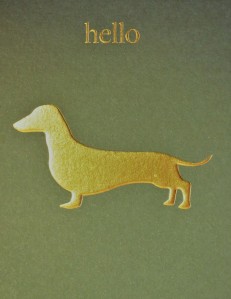 The soundtrack for the past few weeks has been a combination of the Eurythmics and Bob Dylan:  Here Comes The Rain Again, and it’s gonna be hard.  The rain fell again in the night, like gravel thrown against the window. I knew that the timing and route for the morning walk with Ella would be dependent on the rising sun and the depth of the mud on whatever paths I opted to take.  The fields are awash and the lanes resemble waterways.

But we are finally at the shortest day of the year (the soltice is strictly speaking at 4:19 am on the 22nd).  I look forward to it, simply because I know that there is a lifting of the gloom, day by day, thereafter.  Conversely, in a weird kind of way I feel a bit sad when we reach the summer soltice in June because I know that days are getting shorter after that.  (Memo to self: discuss this with therapist at next session).

But Long Days are something which we as a family can start to look forward to, for more than one reason.  And it is all to do with my lovely colleagues at school.

My Head of Department (Katie) is the doting owner of a Dachshund called Basil (an excellent name for a dog).  By coincidence, Josh’s Head of Department last year had a Dachshund, Pablo (I’m loving these names) with whom Josh was smitten.  Josh told us that when he was settled he wanted to get a Dachshund himself.  We chuckled at the thought of our six-foot four inch son walking a sausage dog amongst the scallies with their staffies around the Liverpool parks, but he was adamant that that was what he would do.  The silly Southern Softie.

Skip forward a few months to Hospital in September and we were trying to keep our spirits up, hoping that Josh could hear us.  We promised him his Dachshund if he could only beat off this horrible infection.  We even gave his dog a name – “Mr Long” – as this was the label the tailor in Vietnam had given Josh to identify him when he returned for the suit he had been measured up for.  It has an ironic ring to it that Josh would have appreciated.

So we had it all planned, such are the mad cap ideas one has to invent to keep yourself going at the darkest times.  We were so desperate that Josh could hear us and somehow take extra motivation to overome his illness.  But it was not to be.

So, a few weels ago I was chatting about Josh with Katie who was urging us to get a ‘Dachs’ ourselves.  I was half drawn to the idea, as Ella has never been the same dog since Fudge died and we thought that she might appreciate a companion.  A Sausage Dog could be an ideal choice on so many levels.

“But” I said, “the price of dachshunds is crazy, there’s no way we can afford one”.  And I thought no more of it.  But my lovely work mates did not let it lie.

Skip forward to the school holidays and I am meeting up with Katie to swap Christmas cards over a coffee.  She hands me a card which I ‘must open now’.  She seems nervous for some reason.   Inside is a message from Katie and Deb telling me that after our conversation they decided to organise a “Mr Long” crowdfunding exercise amongst the staff, raising hundreds of pounds in the process to enable us to get our own Mr Long to commemorate Josh.  I tell Katie she is bonkers, but that it is the most wonderful thing to do.  I am humbled by the generosity of my lovely colleagues.

I teach at the school where I was also educated and where I first met Mrs B.  Both our children went there for sixth form and it is no exaggeration to say that the two years Josh was there were the making of him.  He got great A-levels results that set him on his way to Liverpool and to then becoming an excellent teacher.  I am blessed to be part of such a brilliant establishment from which my family has taken such benefit.  I am lucky to have such amazing, bonkers, thoughtful, empathetic colleagues who really do care.  They just GET it.

Thank you to everyone who contributed to the Mr Long Fund. 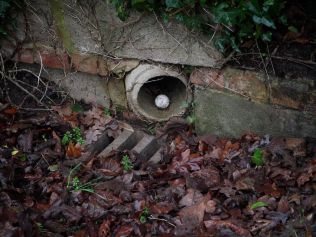 Probably one of Jules’s wilder drives

Roe deer keeping an eye on me and my hunting dog(!)

3 Responses to The Long Days are Coming