Posted on April 3, 2017 by midlifegardener

It’s been a while since I posted, which suggests that I have not done a great deal in the garden – which is true, and fills me with mild panic that I might be lagging behind in preparation for the coming growing season.  So I took a quick look at what I did during February and March in the previous years and it was both reassuring and rather bitter-sweet.

In 2013 it was raining hard in February as I cleaned the greenhouse.  A year later it was raining even harder and the levels were under water. But the Old Man had a trailer of ten tons of manure delivered.  (That manure was finally finished last autumn when I gave up chiseling away at the last compacted layer of it).

In February 2015 I cleared the Silver Wedding and Boomerang beds and potted up plants that would eventually populate the new boomerang. I was still harvesting Red Kale and the new hens’ run was being built (with the help of Jim) by the cow stall.  And last year I was in Arran, enjoying the Scottish air, but feeling the first symptoms of heart disease. I put my little chitters out a couple of weeks after potato day and planted my tomatoes and chillis.

A year on and I approach spring with a shiny new stent in a coronary artery, a greenhouse that still looks like my artery did a year ago, but with a bunch of seedlings that are sprouting strongly.

Since my last post The Old Man has been in hospital recovering from his fall while I have been dealing with the usual at sporting issues at school.  But now it’s holiday time and an afternoon in the garden simply weeding, mulching and planting gladdens the heart – with or without a stent. 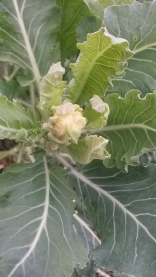 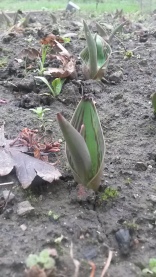 The aftermath of Storm Doris 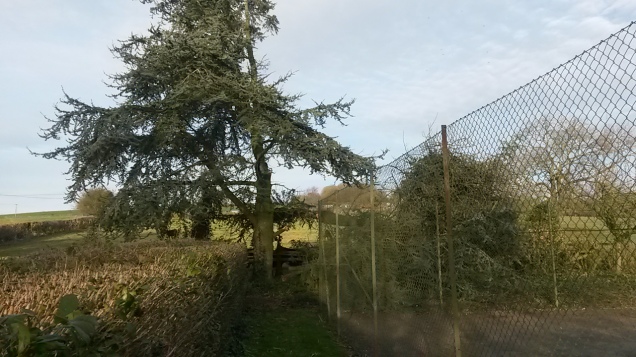 Where did the other half of the Blue Cedar go?

A new house and a new garden. Having spent the past 5 years mainting my father's garden I am now taking on my own gardening project down the road in a new single store dwelling. The Old Man has passed on but he remains in my thoughts as I develop the new patch
View all posts by midlifegardener →
This entry was posted in Gardening Times and tagged blue ceday, chitting, Compost, greenhouse, parsnips, silver wedding boomerang, stent, storm doris, tulips, white sprouting. Bookmark the permalink.