Posted on March 3, 2015 by midlifegardener 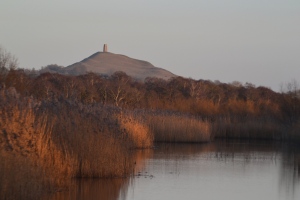 The other day towards the end of a morning walk the dogs found a fox which had become snared on some fencing.  It was tricky to work out who was more worried: the dogs or the fox but we called the dogs off.  I suspect they were quite glad to have been stopped. It was one of those “don’t hold me back, don’t hold me back” moments for the dogs, when they kind of feel that they should be engaging in a proper fight but actually don’t fancy it.

The fox was caught up on some stock fencing.  Looking at the situation it appeared as if he had tried to jump the fence, but his back leg had slipped as he pushed off and it had become inextricably tangled in the strong wire, thus leaving him on three legs with the fourth pointing vertically up, agonizingly held fast by the steel.

Claire’s immediate reaction was to try to save the fox.  Understandable, perhaps, when one could feel the stress the creature must be under, but a somewhat paradoxical view when I recalled the anger she had vented when viewing the poultry Armageddon that had been wrought by this fox or its brethren.  That fact that, if we managed to save this fox, it probably not think twice about taking any new chickens we might be thinking of acquiring was not lost on either of us.  But Claire was determined to seek help, although her first suggestion that I could perhaps throw my coat over the cornered creature to nullify any danger from the bitey, scratchy end, while trying to release the bushy, less scratchy end seemed a little to heroic for my taste.

We decided to phone the RSPCA – which we did so from the home, after a brisk walk back (Mrs B walks swiftly at the best of times, but I was struggling to keep up at all on this occasion jogging along a like a tired toddler).  Phoning the RSPCA was a journey in itself.  I was taken through innumerable “options” on the automatic line – from firstly confirming I was reporting an animal in distress, the options became more and more specific – to the point where it was asking “is it trapped in a chimney (press 1) elsewhere in a house (press 2) or outside (press 3).  It was getting  silly….Is the animal trapped by the paw (press 1), its tail (press 2) etc.  I would not have been surprised to get to a final menu “Is the animal caught on stock fencing (press 1), barbed wire (2) or impaled on picket fencing (3) or if you think we are just taking the mick press 0.

When I finally got to speak to a human being he was very helpful and I was able to zero him in on exactly where the fox was trapped, using google earth.  Oh the appliance of science.  It all seemed very efficient.  He told me that he would get an operative to the scene as soon as possible.  How soon is that I asked.  I can’t tell you, he said, as I am in Yorkshire. Brilliant.

Fancy putting a hood over his head?

But within an hour a van had arrived.  We jumped in our car to go and help him, but the inspector told us to stay clear in order to reduce the stress for the beast.  We did as we were told but Claire remained obsessed with saving the potential chicken mangler and – by crouching at an upstairs window – found she could just about see the RSPCA van through the trees using binoculars.  She kept up a running commentary of what she could see (“he’s coming back to the van – he doesn’t have the fox – or a bag with any corpse in.  he must have saved it”).  So we assumed the trapped hen hunter must have been released.  Which was confirmed the next day when we viewed the cut wire and no obvious signs of Mr Fox.  Only the next day did we find his seemingly sleeping form further down in the hedge.  I guess the RSPCA man had decided the leg was too badly injured and put it out of its misery.

So in some ways it was a win on all fronts:  we did the right thing in putting it out of its misery – but reduced the chances of losing hens to foxes by an infinitesimal degree.

Elsewhere on the natural history front we did spend a pleasant evening at Ham Wall RSPB reserve the other day, waiting for the startling murmuration at they flocked to the reed beds to roost overnight.  They did not “murmurate” anywhere near us, but we saw plenty of flocks flying in for the night while we took a quiet walk around the reed beds .  It was an evening to remind us of our good fortune to live in such a beautiful part of the world and to appreciate the natural rhythm of life.

Sun setting over the reed beds

Starlings against a backdrop of vapour trails

A new house and a new garden. Having spent the past 5 years mainting my father's garden I am now taking on my own gardening project down the road in a new single store dwelling. The Old Man has passed on but he remains in my thoughts as I develop the new patch
View all posts by midlifegardener →
This entry was posted in Gardening Times and tagged Ham Wall, RSPCA, stock fencing. Bookmark the permalink.