On Tuesday morning Verity, my 17 year old, got up and said that she had re 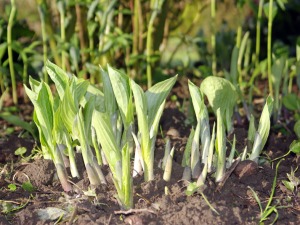 alised in the night that she had got some of her answers in the previous day’s chemistry test completely wrong.  She realised now what the question was really wanting from her.  Just a little too late for Verity.  She was naturally displeased with this so my immediate reaction was to try and put a positive spin on this.

“Well”, I said, “at least you have realised your mistake, which is better than your teacher telling you later, and you not even understanding why you might have done badly.  And anyway – isn’t this why you are doing these tests?  So you will do well when it matters, later in the summer?”

Remarkably, my attempt at positivity seemed to work on this occasion and Verity seemed to appreciate my advice.  At her age I am not sure that I could have expected similar from my father who has always found it difficult to hand out praise.  I have never forgotten his first words after he had witnessed me being presented with an academic prize at school in year seven.  Instead of congratulation his first act was to criticise me for having round shoulders, telling me I had “slouched across the stage” to receive my book.  It is something that might be a generational thing or maybe it is just my dad, but I don’t think it was seen as particularly seemly to give overt praise unnecessarily.  I think we were meant to assume that he was proud of us.  Didn’t need to be said.

Even now, he struggles to hand out praise to me or my brothers.  But I am working on this issue.  The amount of work I have done recently in the garden has produced an increasing sum of positive feedback from him, starting with a “well done you” at the end of a long rambling conversation about how the garden was “beginning to take shape” and after I had listed all the jobs I had done; to a “well almost ANYTHING is an improvement on what was there before” when I had tidied the plant pots and various shrubs outside his back door.  Both of these were delivered without direct eye contact and almost choked back as they were uttered.  The latter comment could be taken as a criticism anyway…just put the stress on to “ALMOST” and you will see what I mean.

But he is easing up.  Gladly telling everyone else that I am doing a “sterling job” in the garden, though as usual I am the last to hear it.  He still finds it difficult complimenting me directly.

But that is not why I do this.  Just as Verity is not trying to get high grades in her exams to please me.  But a little praise and positive thoughts always help and are one of the most effective means of motivation.  As Brucie always said “Didn’t he do well?!”